You might remember my post on some double glass frame inspiration a couple of weeks back. As it turns out those frames are not that easy to get as I thought but since I still love the trend, today an alternative to make a cool alternative yourself.

Basically all you need is two frames to sneak the glasses from. If you are a bit on the lookout you can get really cheap frames in the hardware store, IKEA or online.

Once you have the two glasses you just need the feathers or leaves you want to put inside and decide on the look which you want to attach them with. 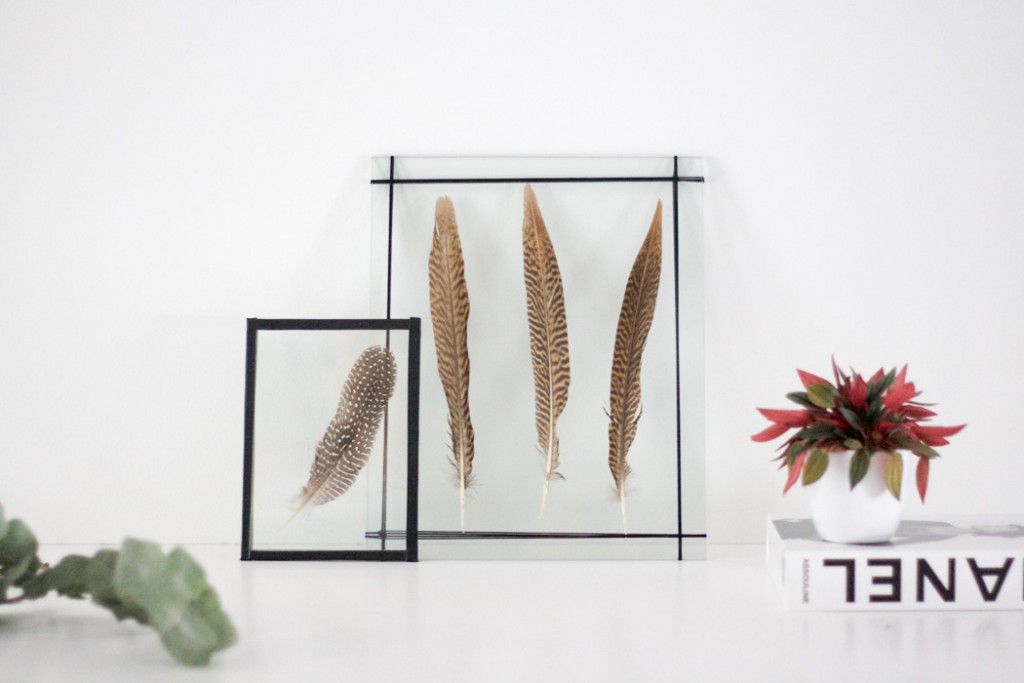 Position your items on the glas. Make sure to leave a bit of room to the sides. 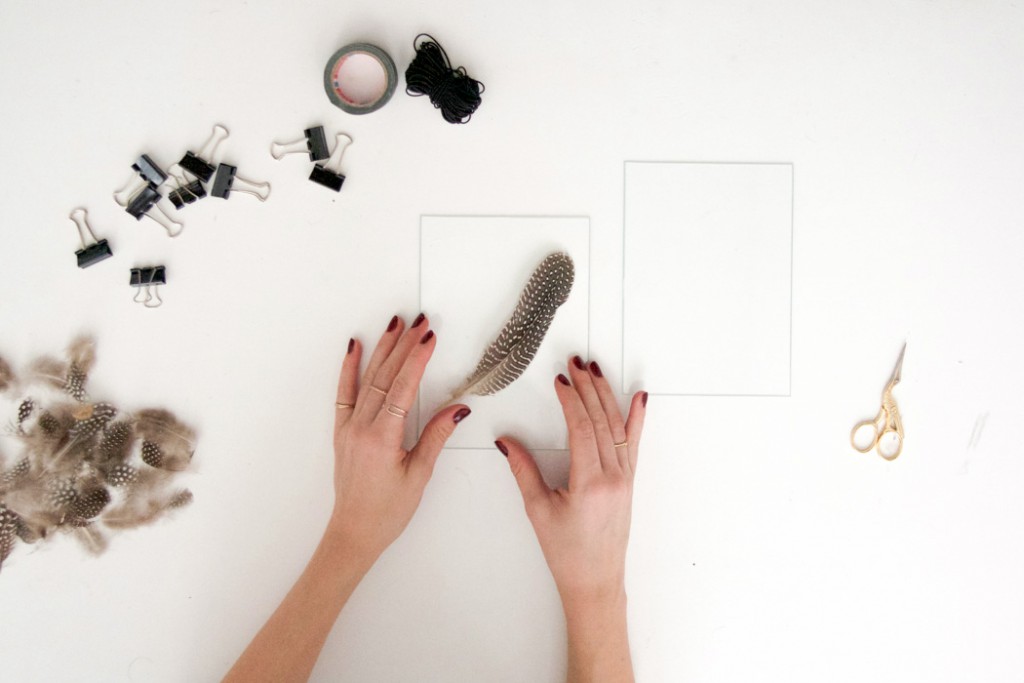 The quill might be a bit to bulky for the glass frames to lay flat, but can easily be flattened with the back of the scissors. 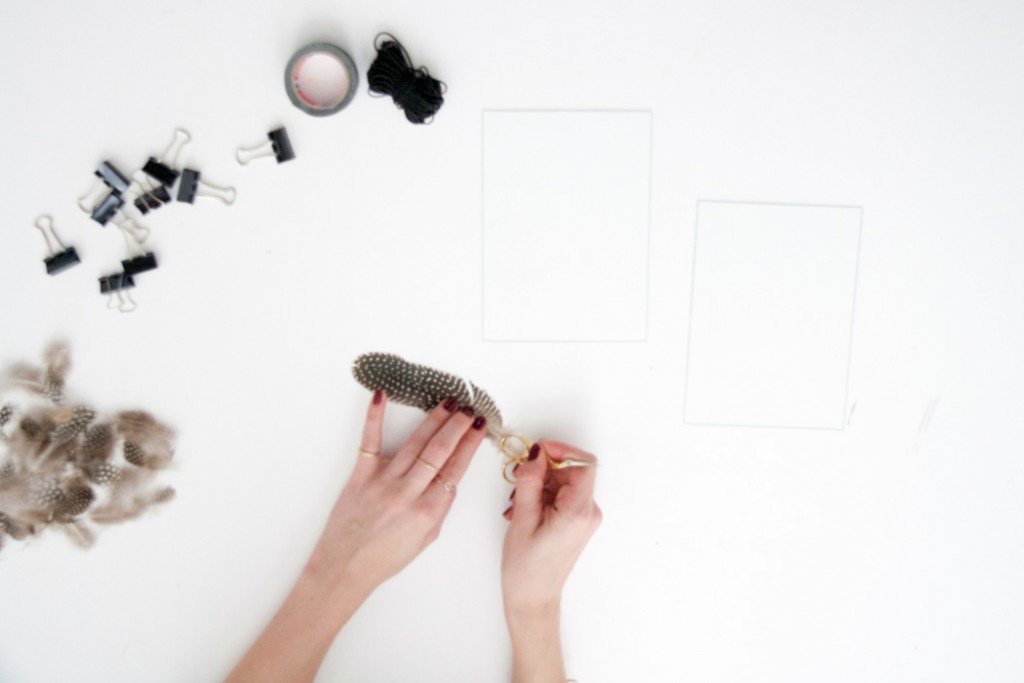 Position the glas on the tape and cut carefully and as straight as possible. Make sure that the tape overlaps evenly on both sides, if in doubt, the front side can overlap more than the backside but not the other way around. 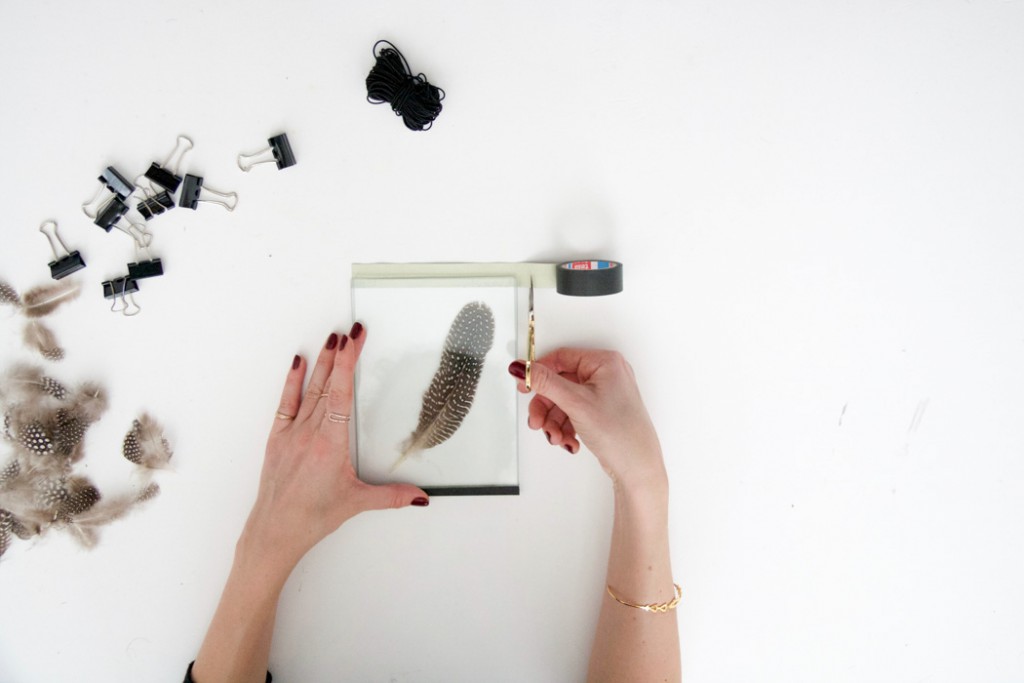 Cut at the top and fold to the back so that only one small seam can be seen from the front. 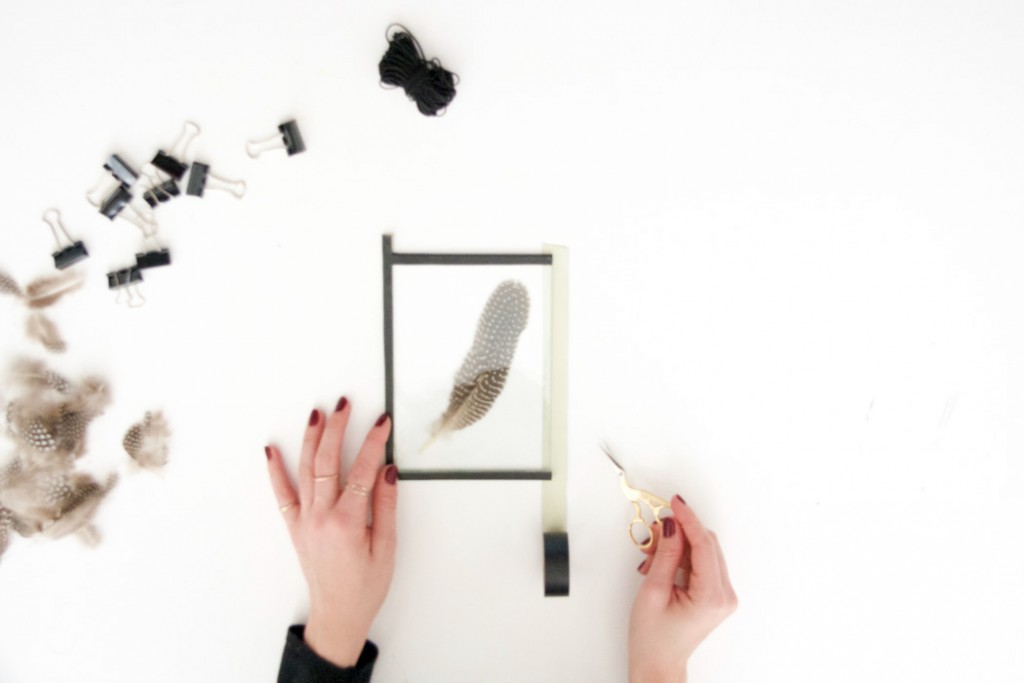 Et voilà! If you are planning to hang the frame, a thread can be glued in right away, for that do the hanging side last and just position the thread under the tape. 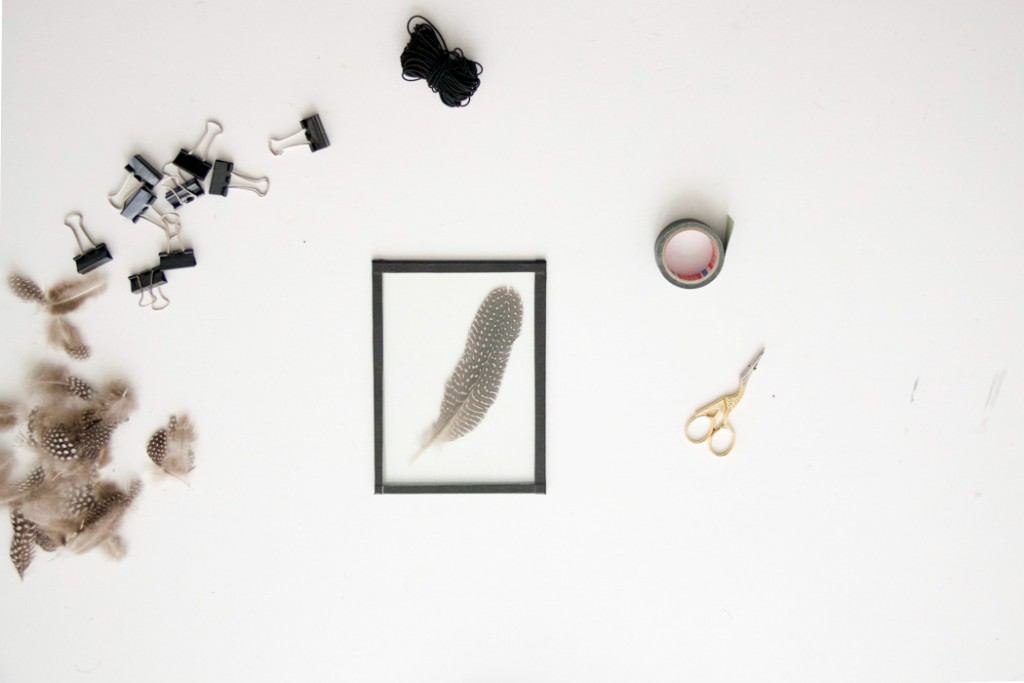 The most simple version is definitely the one with clips: 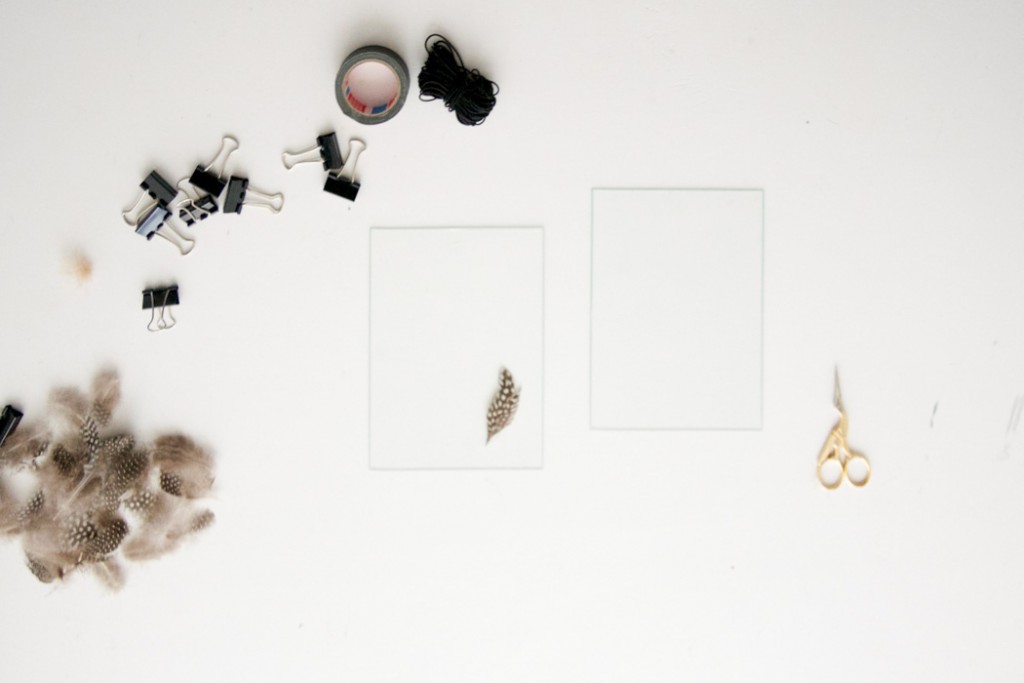 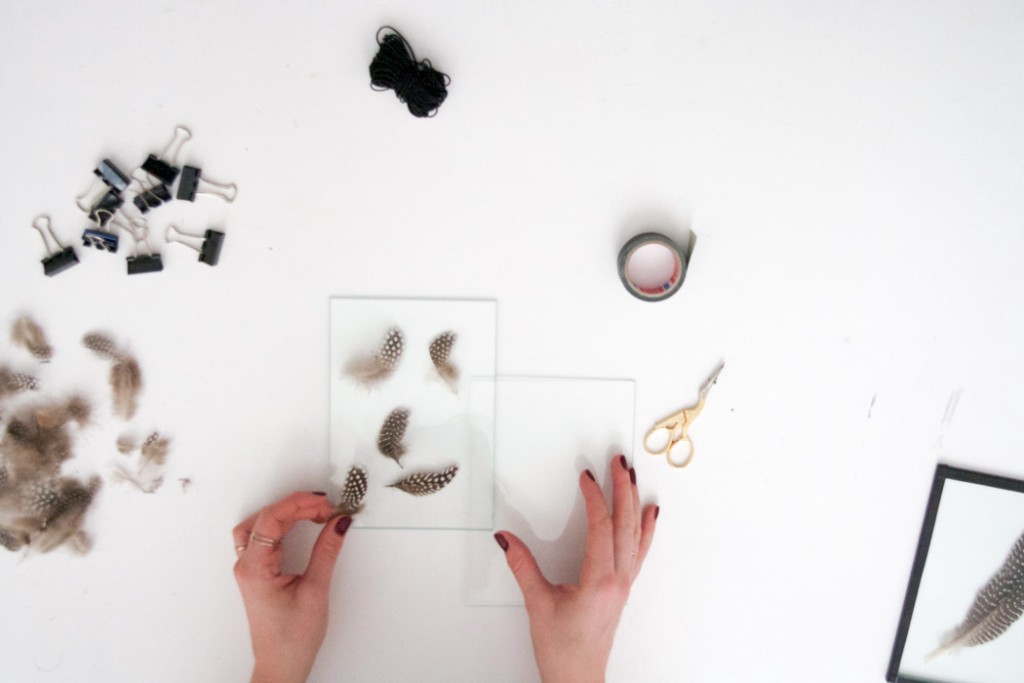 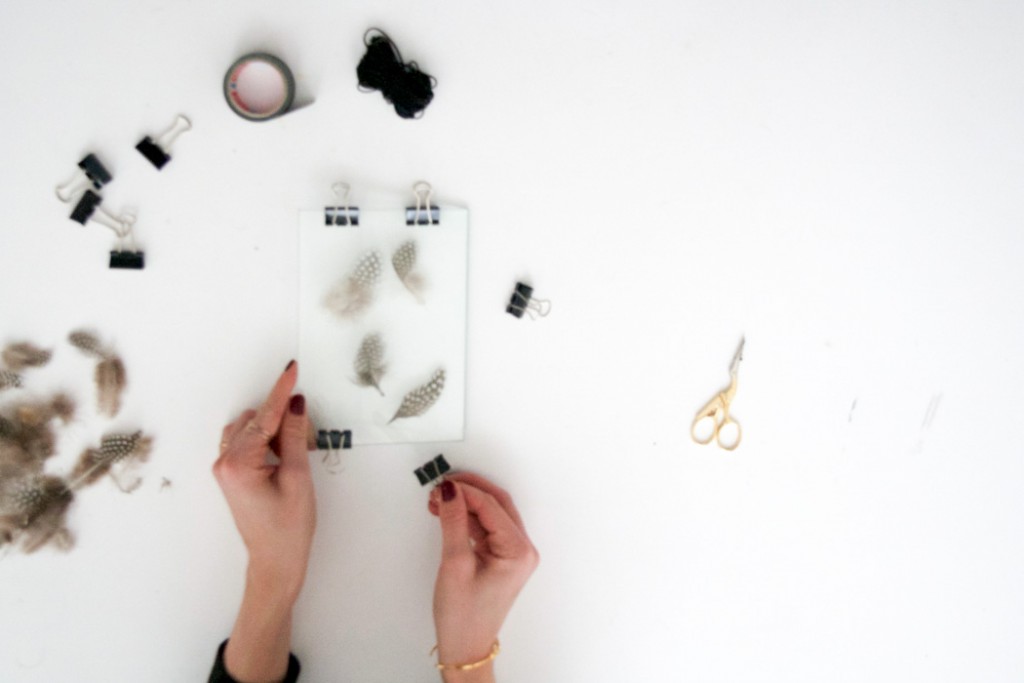 For the last version I used a thin elastic band and doubled it, you might as well take thicker one. 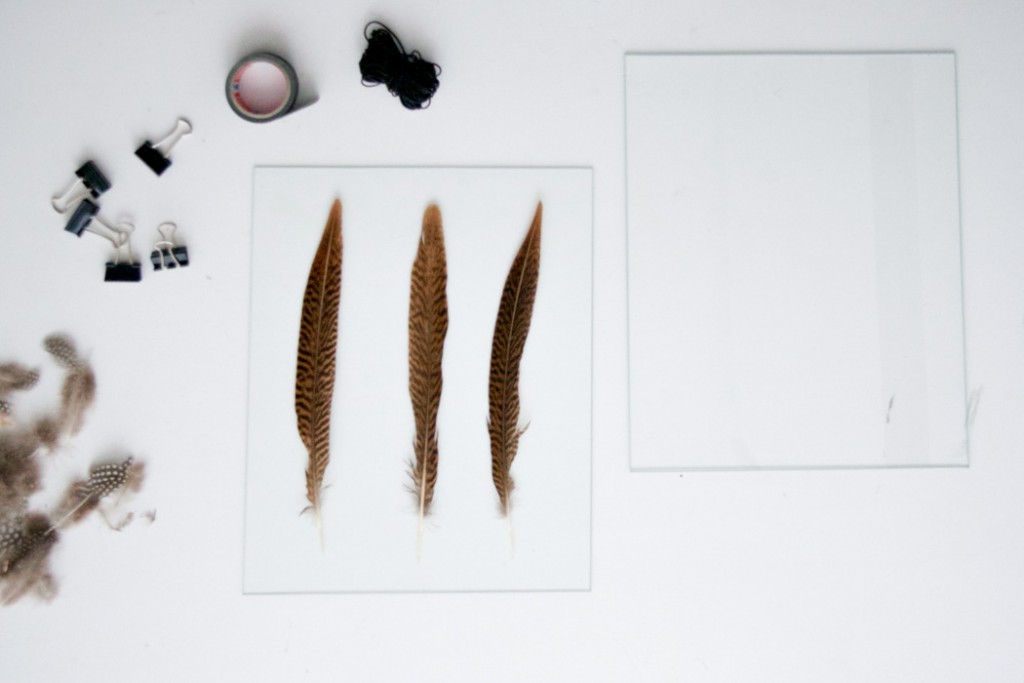 Maesure the elastic band to be about 2 times as long as the respective side of the glas and knot it together. Then double it and pull it around the glass, it should be quite tense to keep in place and hold the feathers. 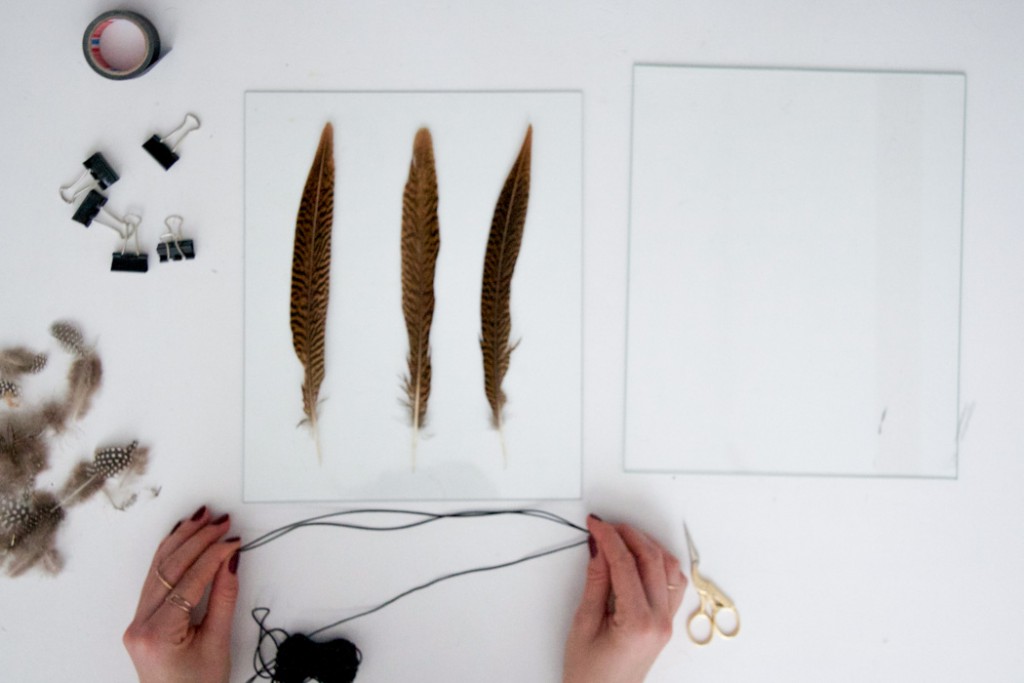 Put the knots to the back and tie together. Keep them on the crossings to hide from the front view. 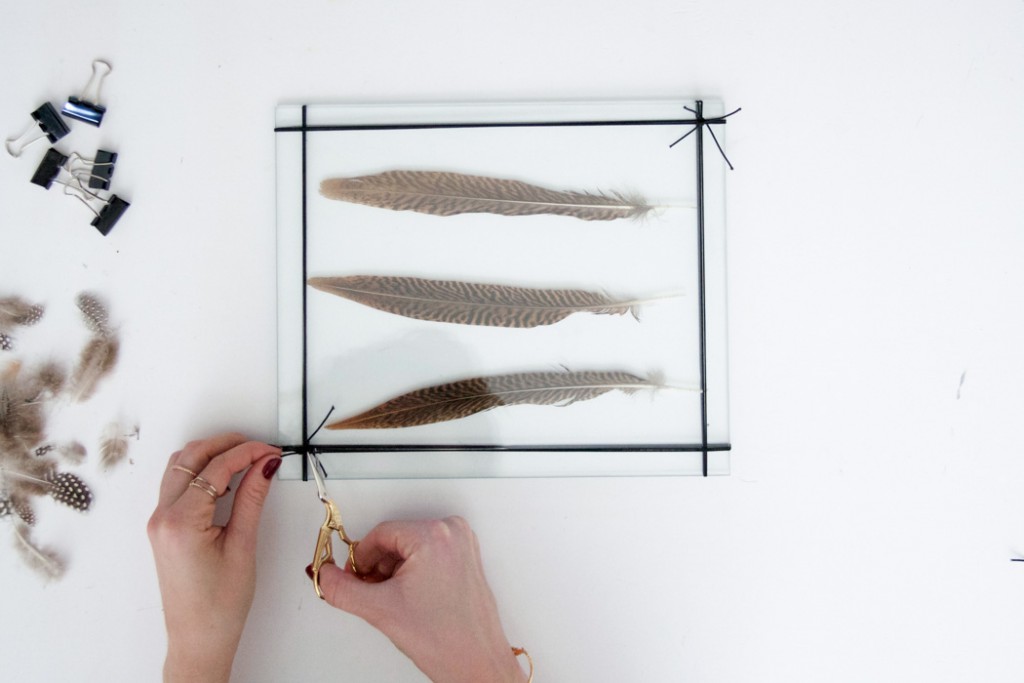 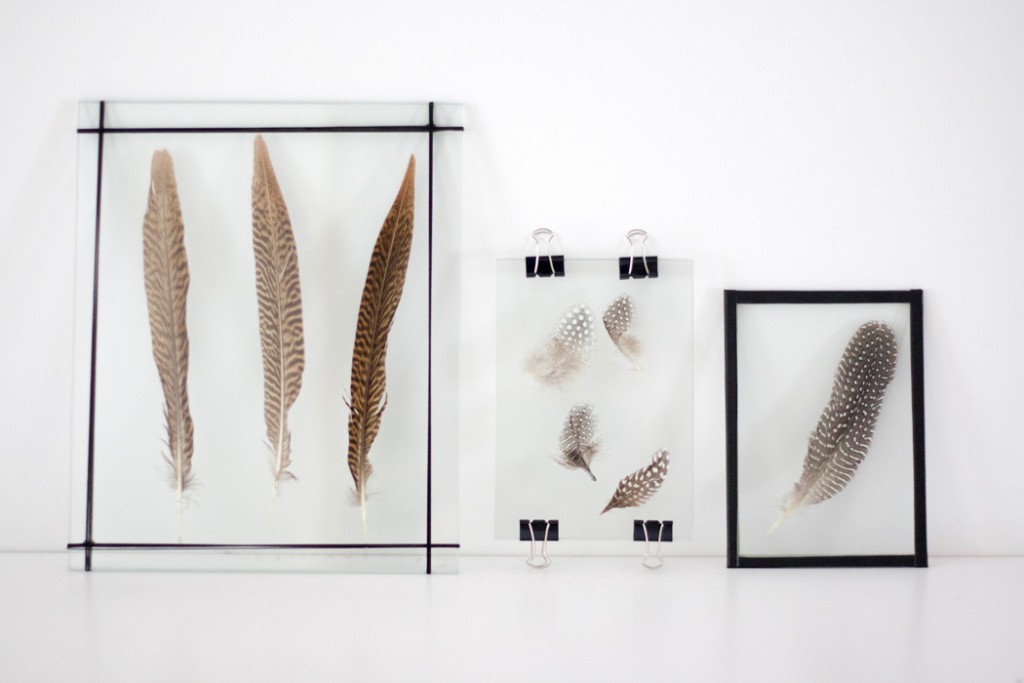 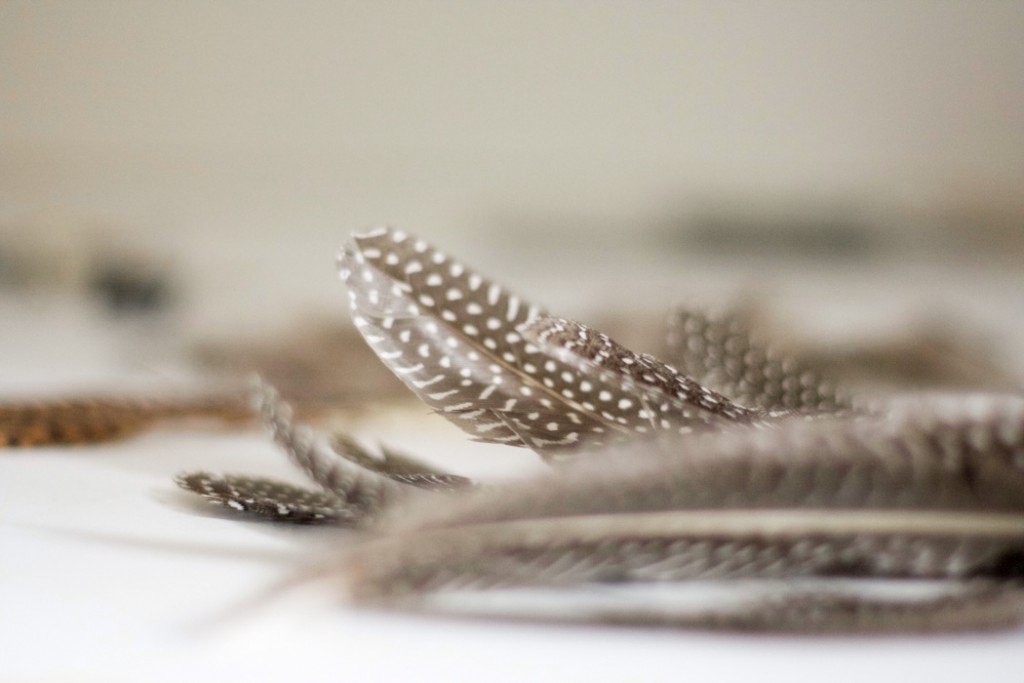 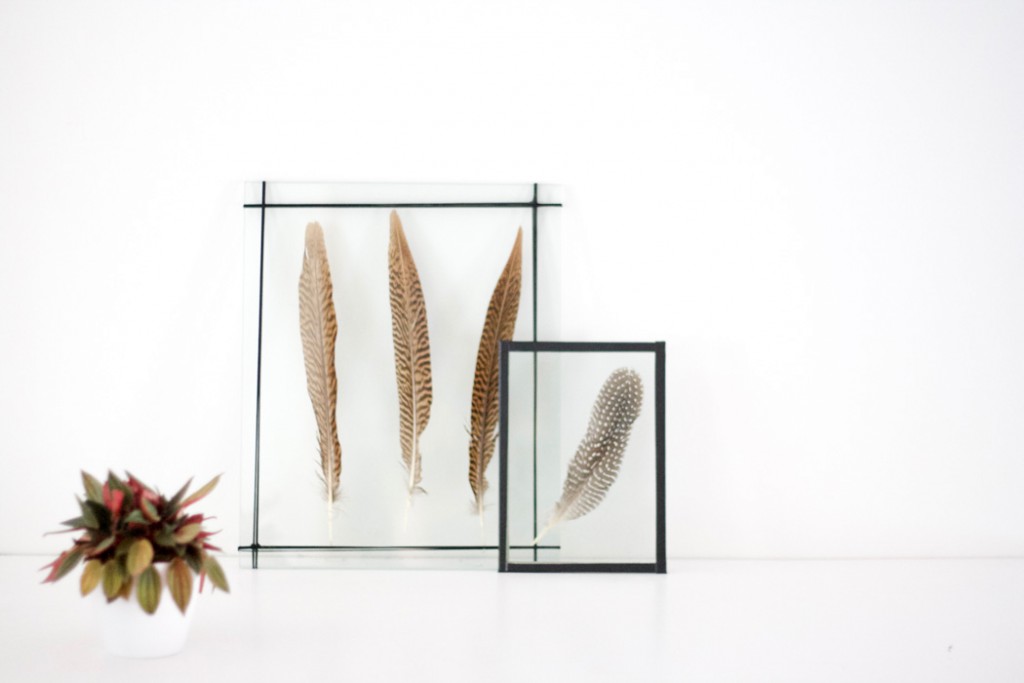